Many projects require CAD models; however, there is an important distinction to made in the type of CAD model. The distinction can be overlooked in a request for a CAD model; this is why we ask “How do you intend to use the file?” as the usage may dictate the method. If there is some type of engineering analysis needed, then an as-built model may be desired. A part that will be manufactured will usually require a design intent model so any warping, deformation, or damage is not reproduced in the manufactured part.

There can be grey areas … for example, if a building has bowed or deformed features like walls or ceiling, it may not be obvious if that should be included in the CAD model or not as there could be equally valid reasons for choosing one method over the other. In such a situation our customer may need to consult with their client to determine which method is needed if they cannot clearly state which method should be used.

Although in some cases it may be possible for us to infer which method is needed based on the intended use, the distinction should ultimately be specified by and/or and approved by our customer and should appear on our quotation to eliminate confusion later.

It should be understood that deviation from a design intent model to the scan may be significantly greater than the scanning accuracy by an order of magnitude or more. An as built model will also vary from the scan, although it can be to a lesser amount than the design intent model. The cost for an as-built model is relative to the maximum deviation allowed. There are a number of factors that contribute to the deviation so this can be different for every project.

Objects or features with small surface area will have greater inaccuracy in a CAD model. In some cases the number of scans can be increased, or the scanning resolution can be increased. Both of these options can result in an increase in the cost; and in the worst cases there may be no options to capture enough info in the scan to be able to model a specific detail. An as-built model will require greater scan coverage for critical features so it is particularly important that critical features are identified prior to scanning to ensure coverage.

we want to hear from you!

Let’s get your scan project started! Please fill out the form and let us know about your 3D scanning requirements. 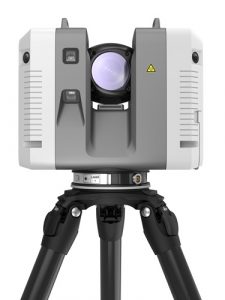